Today, Saturday, during a press conference, the United Media Services Company announced the launch of the company’s listing in the Egyptian Stock Exchange, and elaborated on its past achievements and future plans.
Earlier, the company denied the rumors being raised through social media, pointing out that it will take all necessary legal measures against the promoters of these rumors.

TV Presenter Amr Adib had already revealed some of the features of the upcoming United Media Services Conference, and said: “Tomorrow there will be a press conference for the United Media Services Company to lay down a lot of facts…I will tell you a little bit of information…Most of the institutions that the state bought were not making profits, and many of them even had losses. The state started buying and began to make changes within the entertainment and media market in Egypt.. and the state said that media should always have a message.”

He added, during his program “Al-Hekaya”, broadcast on MBC Egypt: “There was a period of attack on the country and I was interested in having strong media and drama with a message… The work has already started and of course during this work a kind of monopoly occurred, and the state owns most of the stations and the state was devoted to managing the entity and having a clear message, and leaving the Egyptian media to trade, and this was the state’s view.” 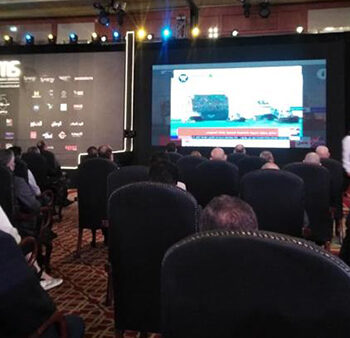